The story of Reggie our Long Billed Corella

Last year a Long Billed Corella was found with blood covering his beak on a doorstep in Salisbury. He had been tethered by a dog chain around a ring on his leg but managed to bite his way free. He was handed into Barossa Wildlife Rescue where we contacted lost and found pets of S.A. It was decided that this was a cruel way to keep a bird and so he has become our chattiest resident.

He now owns his own aviary in the yard and now and then the Carer’s can have a reasonable chat with him! 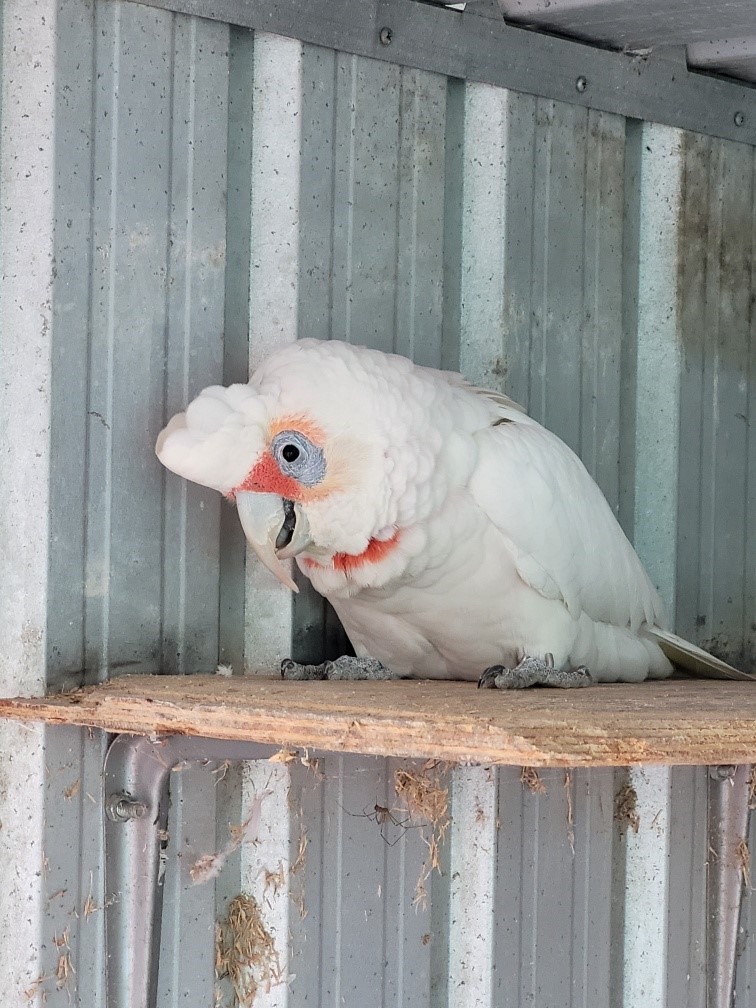